Seemingly out of the blue, Ald. Ed Smith has written to President Bush requesting not only that George Ryan’s sentence be commuted, but that former Ald. Larry Bloom be pardoned.

Of course, nothing just happens out of the blue in Chicago politics, so I’m sure there’s a backstory we’re not privy to yet. But let us now take a moment to remember Bloom’s crime, and ponder whether he, of all felons in Illinois, deserves forgiveness.

Bloom, you may recall, was stung in Operation Silver Shovel, having accepted $14,000 in bribes from FBI mole John Christopher. A lousy $14,000!

He pled guilty to a felony tax charge and served six months in the famed federal retreat in Oxford, Wisconsin, where he was probably laughed at by other Chicago pols for his meager haul. Bloom was released in 1999.

He shared a prison wing with three former aldermen, Virgil Jones, John Madrzyk and Jesse Evans; a former Water Reclamation Commissioner, Tom Fuller; and a former state representative, Bruce Farley. “We didn’t have a name for our wing, but we’d call `quorum’ every time we walked down the hall,” Bloom joked to Sneed after his release.

If Bloom had been any other pol, it would have been easier to take. But Bloom’s real crime was to deepen the cynicism of our local political culture because he wasn’t just any other pol – he was Mr. Clean. From Hyde Park. An independent. A reformer.

END_OF_DOCUMENT_TOKEN_TO_BE_REPLACED 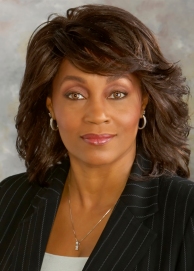 State Rep. Annazette Collins (D-Chicago, natch) will apologize for failing to disclose her campaign finances for three years running, according to an agreement reached with the Illinois Campaign for Political Reform. Still pending: A similar case against Ald. Ed Smith.

Here is the press release announcing the agreement with Collins.

CHICAGO – State Rep. Annazette Collins, D-Chicago, has agreed to issue an apology for filing inaccurate and incomplete disclosure of contributions to her election campaigns from 2005 through 2007, and her campaign committee will pay a fine of $20,000 to the Illinois State Board of Elections.

After the Illinois Campaign for Political Reform (ICPR) questioned why the Collins committee reported no contributions or expenditures for three years running, Collins acknowledged that her campaigns had received more than $110,000 in contributions and had spent more than $120,000 during those three years.

END_OF_DOCUMENT_TOKEN_TO_BE_REPLACED 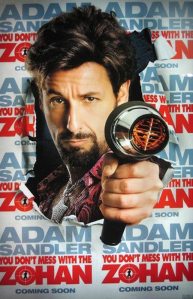 Voting in favor of the museum’s move:

* Ed Burke (D-Daley), who must always live with the fact that he’ll never be anything more than Richard M. Daley’s Finance Commitee Chairman.

* Berny Stone (D-Daley), who also served the real Daley, became a Republican for a time, ran for mayor twice, and opposed his son’s run for alderman against primo hack Ted Matlak.

* Ray Suarez (D-Daley), who came up through Streets and San and who unfortunately isn’t the same guy as that NPR dude.

* Bill Banks (D-Daley), patriarch of the First Family of Chicago Zoning with a killer ride.